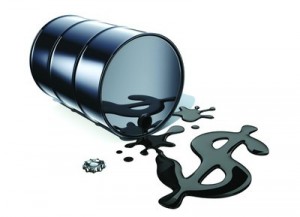 The report is a sequel to the recent volatility in world oil prices and whether there are realistic remedies available that would ease out the fluctuations.

* What are the reasons behind this volatility?

* What can be done about it?

The following can be considered as the basic cause for oil price responses to the global economy are:-

The crude oil consumption/production information has not improved. When we consider about the demand side, the oil consumption data is not certain and they are subjected to revisions with delay in publishing. The data of developing nations like India and China, which are turning out to be the major consumers of oil are less reliable and the problem is becoming shoddier. While on the opposite side, i.e. the supply side the OPEC production level uncertainty enlarge the oil production uncertainty. Therefore the uncertainty of demand and supply add to the oil market volatility by blowing up the oil gap and by increasing speculation.

Speculation can be considered as one of the main cause of oil price volatility .Future oil price speculation has led to the overshooting and undershooting of spot prices over the recent period. From the diagram below, which gives the data on volume of oil futures, it is clearly seen that oil futures have grown tremendously. The average intraday trading volume of oil futures in 2002 was four times the demand of oil per day while in 2008 this rise to 15 times the oil demand per day. The above facts can be taken as the clear-cut evidence of the financialization in oil market recently.

Another most important factor which has affected the volatility is the global recession. It is seen that there has been 6 global recessions within a period of 3 decades from 1970. The first two recessions occurred in 1974-75 and 1980-82 did not immediately affect the oil price but the other four recessions 1991-93, 1998, 2001, 2008 had an immediate effect and the price of oil crashed down as it became evident that global economy was falling brusquely. The OPEC market power was very much stronger before the 1990’s than that of now and it was easier for OPEC to prevent the volatility in the earlier period.

Let me conclude off by stating again that the recent bizarre volatility in oil prices is a natural response to an unexpected, remarkable change in global economy. Financial tensions and economic flaw have produced a corrosive opinion which could persist to be a risk to the global position. Even though, the global slump can be shortened with effective implementation of policy actions, consumer’s readiness to pay the price for this valuable commodity would always be a factor which cannot rule out oil price volatility.

The course of price alteration has not been smooth over time. During the recent years, there had been phases when prices declined by a huge margin, only to increase afterwards. Now then, Will these volatilities continue in the future? “May be” or “may not be”! Nonetheless, we can implement some policies which help to reduce the volatility in oil price and call a halt to the hefty price sways.

l will opine that following recommendations can be considered to reduce the volatility in oil prices:-

* Appropriate, international, and accurate data on the demand and supply of oil, can reduce the price volatility.

* The financial investors and market regulators need to contribute to improve the clarity, implementation, supervision and finally the demand and supply balance, in the international oil markets.