英国本科作业代写-市场营销学-The marketplace inclusivity should be concise to certain groups 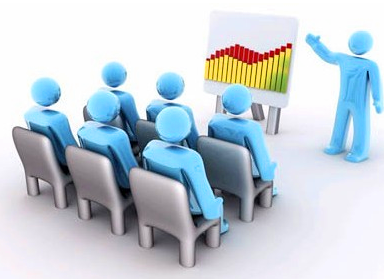 As the increasing of consumers’ pReferences, the market segmentation appears again to enterprises that whether the marketplace can or should be inclusive to all consumers. There is no a absolute answer since the object is not identified. For the whole marketplace, it is sure to consider the demand for all consumers. Nevertheless, for an independent actor in an industry, being inclusive to all consumers would decentralize its energy which would be counterproductive.

Literatures have discussed the omittance in mainstream market. Daiane Scaraboto and Eileen Fischer discussed the mobilization of plus-sized consumers to seek more choice from mainstream market. (Scaraboto & Fischer 2012) In addition, Kathy Hamilton & Miriam Catterall do a research on the low-income consumers and call on more concern for them. (Hamilton & Catterall 2005) The marginalization of low-income consumers is accentuated by marketers disinterest in poorer consumers. (Winnett and Thomas 2003) In contrast, an investigation on high-income consumers like the UK mature women also indicates the exclusivity of marketplace. (Birtwistle & Tsim 2005) The demand aiming at consumers with dissimilar preferences has been captured by merchants to develop on the Internet. (Choi & Bell 2011) As the researches showed, there are many areas of consumers ignored by the merchants, whatever they are poor or wealthy. However, the incompletion of the marketplace inclusivity is just the potential opportunity of the companies towards consumer of different classes. (Robert et al. 2003)

The feasibility and necessity of the marketplace inclusivity

It is a common phenomenon that consumers either find no clothes catering to their taste or all their favorite. This is the inevitable result of market segmentation for the target groups of different brands are not overlapped which leads to the difference. Everyone brand has its brand culture like Uniqlo lays emphasis on comfort while Zara pays attention to the idea of the one and only. Besides this, the prices of this two brands are also in different level. Considering that the preferences of consumers are various and unpredictable, it is impossible for one company to be inclusive to all consumers. (Kotler & Philip 2000) Thus there is little feasibility of complete inclusivity of marketplace. On the other hand, there is no need for manufacturers to cover all consumers since that everyone has his own definition of fashion which determines its preferences. A good brand must has its core competitiveness and recognition. For example, if a brand’s staple aims at consumers with high net worth, then it is not wise for it to develop new clients in middle class. The reason is that sometimes the most valuable of a brand is not its new meaning or high quality but the status it represents like the development of Parker pen. (Schau et al. 2009)

From the perspective of economics, the production is a constraint especially in the area of fashion. Not only the trend varies a lot but also the balance between supply and demand is hard to reach. In addition, there is no possibility of the equilibrium price for it is not a certain type of goods. (Mankiw, 2009)

A wrong transformation of Coca Cola

There is a failure case of Coca Cola which can be applied to the guidance for the area of fashion. Owing to the grow up of PepsiCo claiming new alternatives of a new generation, Coca Cola carried out a large-scale Marketing action with completely substitution of the traditional taste. Although this transformation had done market research before extension and gain good response, the post-effect is far from satisfaction. From the press conference, the protest calls are not discontinuous. End with the angry feelings among customers and falling sales, this three-year costly events failed.
The failure of Coca Cola attributes to the neglect of the regular customers but blindly appealing to new customers. Coca Cola does not realize that a successful marketplace cannot be inclusive to all consumers. Fortunately, Coca Cola changed back to the traditional taste in the end which guarantee the competitiveness with PepsiCo.

Advices of the choice to market focus

From the failure case of Coca Cola, we can see the importance of targeted market. Certainly more inclusive marketplace is helpful for the long-term development of the company. However, this is based on the well hold of the loyal customers. In other words, exploring new consumers on the basis of existing customers. Using the example of Coca Cola, it uses different packages to attract consumers with different preferences while reserves the traditional taste. This measure is successful that it maintains its core value.

As for we listed in the literature review, there are still market areas need further development, like the low-income people, mature women, plus-sized people or even consumers with dissimilar preferences. These offer opportunities for emerging market or existing enterprises with enough strength. Market cannot be perfect completely, it needs continuous improvement with the development of fashion. (Mankiw, 2009)

Considering the consumption structure, fashion would still be the highlight. One developing direction for the existing fashion brands is the emphasis on working women especially mature women over 45 years. They have enough willingness to pay and have their preferences which cannot be influenced easily.(Note 2003) A misunderstanding of most manufacturers nowadays is that the demand follows supply. Based on this, the supply is increasing while its quality is backward. The inclusivity of marketplace reflects the satisfaction of demands of all consumers. Certainly sometimes consumers’ demands can de guided to a better direction. (Sandicki et al. 2010) Thus further researches on consumers preferences and demands are very necessary and would never be out of date. This requires for the joint effort of the whole markets instead of one certain enterprise.

Too much inclusion will in fact create more exclusion as everyone will be different and so no one will be included in some ways. In addition, from the angle of supply-demand and the production, inclusive marketplace to all consumers is not realistic. Complete inclusion cannot be realized whatever in view of feasibility or necessity. However, more inclusive market can be facilitated with help of all markets and constantly exploration on consumers’ preferences and demands. This the process of perfection of market for every classes. In the development of new area, existing enterprises should pay attention to the feelings and tastes of loyal customers to avoid striving for perfection.