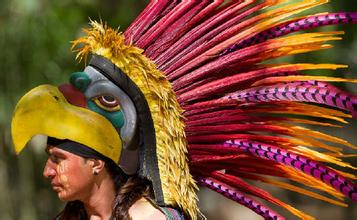 Mayan civilization is probably one of the most fascinating and intriguing cultures that ever existed on Earth. From its unclear origins to incredible scientific and artistic advances achieved by the Mayan culture at its peak to its sudden unexplainable demise – everything about it looks as if it was invented specifically to pique the curiosity of later generations.

Mayan civilization is a mind-boggling combination of seemingly incompatible elements. It never evolved past the Stone Age. Like all other Mesoamerican cultures, ancient Mayans never knew metalworking, the wheel and many other advances that most civilizations make relatively early in their development. Nevertheless, they managed to create architecture that took into account advanced factors such as stress and strain, astronomical and mathematical systems that were by far superior to anything that existed at the time and were far beyond their own needs. They could do sums up into the millions, predict movements of the planets for thousands of years ahead and were probably the first to define the concept of the mathematical zero. At the same time, they practiced brutal human sacrifices, ritual torture, bloodletting and cannibalism. Any and all of these aspects of their civilization can be used as a basis for an excellent exploratory essay – here are 20 sample Mayan civilization essay topics for you to start from:

As you may see, there is a lot you can say about the Mayan civilization, and since its discovery in the 19th century a lot has been added to our knowledge about this ancient culture – which means that whatever topic you choose or create on your own, there is almost certain to be plenty of information you can use. Unhealthy fascination a lot of people had about the end of the world allegedly prophesized by the Mayan calendar to happen in 2012 did a lot to popularize Maya – which you can easily use to your own advantage.