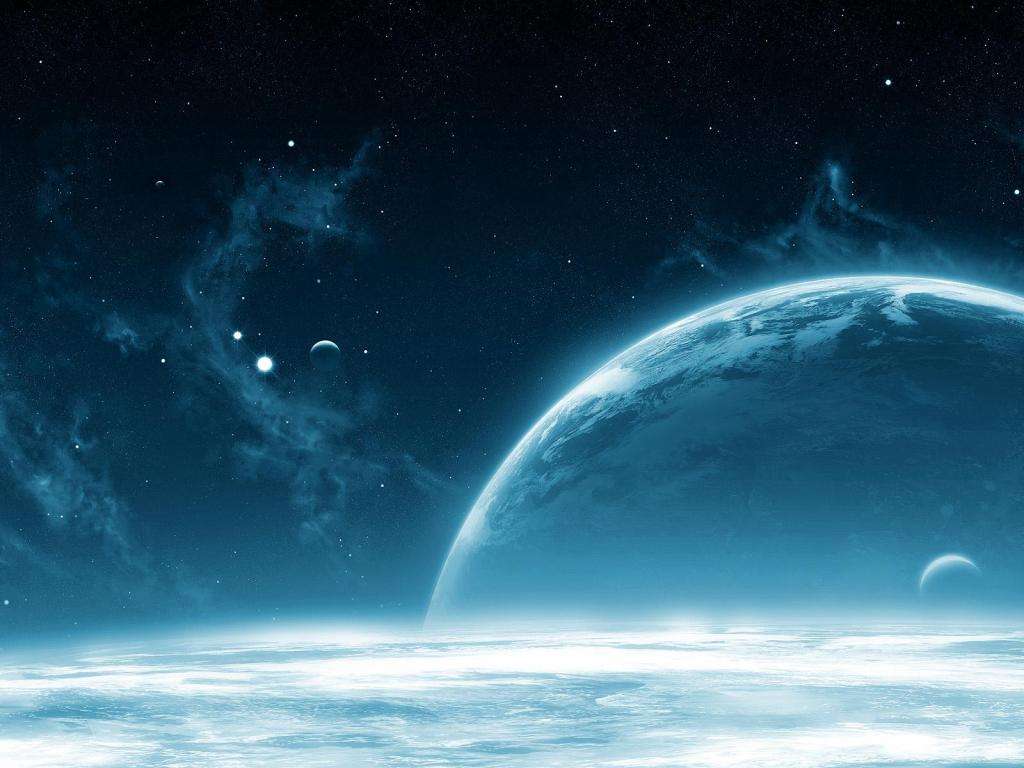 There is a famous story about people’s confusion on space exploration. In 1970, a nun from Zambia wrote a letter to Ernst Stuhlinger, the scientist of NASA. In the letter, she stated her confusion that “why government would invest so much money in space exploration rather than used them to help the children in hunger. (Stuhlinger 2)” Today, there are still a great number of people suffering from the starvation. However, instead of helping the people in hunger, most countries around the world choose to speed up the research and development on outer space exploration regardless of the huge expenditure they would afford. Nevertheless, the practical effectiveness on space exploration seems frustrating—we can neither move to another planet nor welcome the new guests to visit our beautiful Earth. Only Hollywood would cheer for every progress NASA has made, because even the tiny achievement of NASA would contribute to the volume production of science fiction movies. According to the argument above, should American government cut money on space exploration? In my opinion, I do not agree with this idea. On the contrary, American government should reasonably increase the investment in space exploration.

In addition to the artificial satellites, outer space exploration would develop more resources for human beings. In fact, all the poverty and starvation result from the lack of resources. Africa is lack of water; Southeast Asia is lack of land; the polar areas are lack of advanced technology to develop agriculture. The resources on Earth are limited, which would inevitably result in poverty and starvation. However, space exploration is the only way that brings the tremendous resources from outer space to our human beings on Earth. For example, according to NASA’s statement in 2015, “Mars Express spacecraft captured images of sheets of ice in the cooler, shadowed bottoms of craters, which suggests that liquid water can pool under appropriate conditions. (Redd 1)” If this discovery could be verified, people would enter the new era of Mars immigration in the future. As a result, the land would be ample for the current population. Meanwhile, crop or vegetable would be planted in the outer space in attempt to meet the food needs of the current situation. Indeed, the research and development on outer space exploration aimed at benefiting human’s life. The money spend on it would finally return.

Moreover, the investment in outer space exploration is the best way to innovate new technology that would directly improve human’s daily life. For example, the aeronautical materials now have been widely applied to human’s daily life. The composite metal materials which are resistant to high temperature and pressure are derived from the aeronautical equipment. If government does not invest in the outer space exploration, we could not take the Boeing planes to travel across the world and enjoy the high speed in transportation. Moreover, the development of aeronautical science would also promote the medical industry. Today, lots of clinical and medical experiments are conducted in the outer space environment.

By researching how people would perform in the zero gravity environment with cosmic radiation, people could explore the changes in human’s genes so as to deal with the medical challenges like cancer, heart disease and diabetes. If government does not invest in the outer space exploration, human’s medical treatment level would reach a plateau. The diseases currently threat people’s lives would remain to be the incurable diseases. Also, agriculture would also undergo a revolution if we adopt the aeronautical technology into it. In the outer space environment, gene mutation would occur more easily. By taking advantage of this feature, we could cultivate crops, vegetables and fruits in the outer space environment so as to achieve higher grain production, bigger edible vegetables and fruits. When this technology could be widely used, the starvation and poverty problems would then be solved.

Last but not the least, if we analyze the expenditure American government has spent on outer space exploration, we could find out that American government always has a rational economic budget and investment. For example, according to the data from Spacefoudation, the total cost on US Space in 2014 is 64.42 billion dollars (Robert 1). The cost on National Aeronautics and Space Administration (NASA) amounts to 17.78 billion dollars, which accounts for about 25% of the total expenditure. The rest money spent on agencies include Department of Defense, costing 26.53 billion dollars, National Reconnaissance Office, costing 15 billion dollars and National Geospatial-Intelligence Agency, National Oceanic and Atmospheric Administration, Department of Energy, Federal Aviation Administration and National Science Foundation and so on.

Furthermore, the 2015 investment budget of NASA is about 18.01 billion dollars, 2016 is the 18.52 billion dollars, which demonstrates a low growth rate in annual budget. Therefore, American government in fact sets up a reasonable budget and expenditure on outer space development that should not be questioned. When compared with other countries’ investment in the outer space sector, we could that all the countries all attach great importance to this area. For example, in the beginning of 2015, Chinese government announced to invest 193 aeronautical projects this year with total investment value of 50 billion yuan, which is equal to 8.1 billion dollars (Jiaxiang 1). As a developing country with only decades of years’ experience in outer space development, China is now gaining the aggressive momentum in exploring outer space. Russia is country have long history in this area, and in 2013, Russia announced to increase 70 billion dollars in the following 8 years for outer space technology development (Stephen 1). Therefore, American government should not cut investment in outer space exploration. Otherwise, it would soon lags behind other countries by losing its advanced technology and competitive scientific advantages.

Indeed, the development on outer space exploration is a common dream and pursuit of human beings. Not only America, countries like China, Russia, UAE and European Union are all devoted themselves to this great cause. Today, the new trend for outer space R&D is no longer a national competition. On the contrary, the globalized corporation and international partnership are addressed in the research and development of modern space technology. For example, on May 25th, 2015, UAE has launched the Strategic Plan for the UAE Space Agency in Abu Dhabi, aiming at “contributing to and facilitate knowledge transfers of space technology, the UAE Space Agency will create international partnerships to develop the national space sector. (Biqluise 1)” Moreover, on October 12th, 2015 NASA Administrator Charles Bolden has announce the intention to cooperate with China on outer space exploration and said it is inevitable to establish the US-Sino relationship in this area in the near future. (Horn 1) Therefore, the investment in outer space should not be cut. By mastering the most advanced technologies in outer space development, American government should take responsibilities to speed up this cause for the human beings and guide the world in the correct direction in the space sector. Supported by the joint efforts of countries around the world, human beings would soon solve the mysteries in the space and enter the historically important new ear.

In conclusion, American government should not cut investment in outer space development. Though this is a task full of unknowns and challenges, the benefits of outer space exploration are equally immeasurable. According to the current situation, aeronautical science is the most effective method to fundamentally resolve the problems of poverty, starvation, natural calamities and the lack of resources in earth. Also, the development of outer space would spur the revolution in gene engineering, medical science and agricultural engineering. Meanwhile, people should keep the aspiration and curiosity for the unknowns and mysteries. In fact, every progress our human beings have made is based on the continuous pursuit of the seemingly unrealistic dream. Without investing in engine and machine, our human being could not have automobiles now in our daily life. Without investing in aircraft equipment, people could not have planes to realize the dream of flying in the sky. The outer space is an unknown realm with numerous opportunities for us to explore. American government should keep the impetus to develop the outer space development and the investment in the aeronautical science at present would create a better future for our human beings.