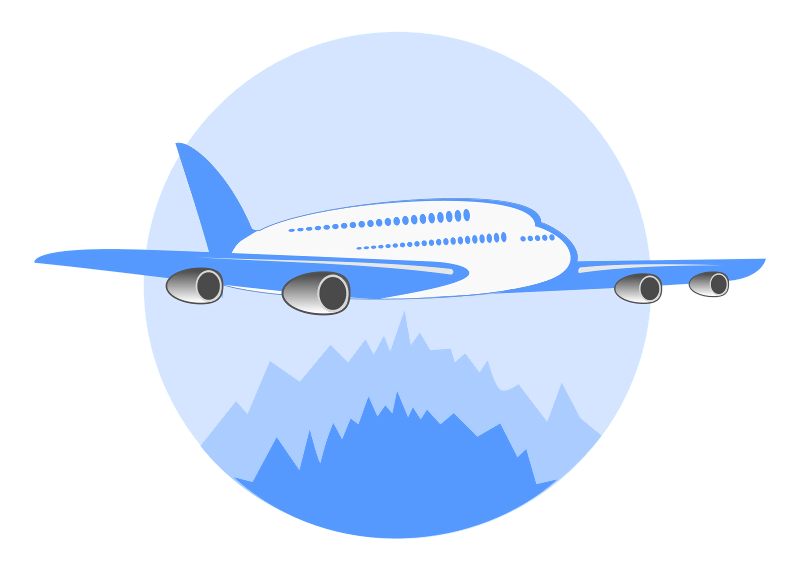 During turbulent 1970s and early part of 1980s, marketing was a comparatively unimportant activity among airline companies around the world due to stringent industry regulation and the industry was operating in a sellers’ market conditions around the globe. In particular, protected by government ownership and regulation, airlines were safe from serious competitive effects of the marketplace. In most cases, the industry showed an oligopolistic market structure. For instance, price competition was nonexistent, promotional efforts were limited, product service quality was uneven, and little had been done to develop efficient distribution systems through “hub and spoke” networks Borenstein “1989”. In a market which was dominated by airlines themselves the motto was if you offer flights from one destination to another, people will take them. There is substantial anecdotal evidence that an airline with a dominant share of the traffic at an airport has a competitive advantage on routes that include that airport. In this approach, consumer’s needs and wants, their expectations did not have any meaning.

In recent years, there have been a number of changes in global airlines industry which have had profound effects on the development of this very volatile sector of the economy in most countries of the world. Pustay “1992”Demographic, legal-political, socio-economic and technological changes have led the way to transformation of the airline and the way they do business domestically as well as internationally. In this rapid re-structuring process, both national as well as private airlines had to modify their marketing and business policies and strategies. In particular, the emergence of consumer-oriented marketing approach was evident. The essence of the marketing concept incorporates three basic elements of customer-orientation, integrated marketing efforts and the resultant company profitability and customer satisfaction. In this process, continuous relationship between airlines and their customers has become the watchword and airline industry standard.

The first approach takes the structure of the industry as given and matches the company. Strength and weaknesses to it competitive advantage can be viewed as a building defence against the competitive force or as finding position in the industry where the force are weakest. Knowledge of the airline industry capabilities and of course of the competitive force will highlight the areas where the airline industry should confront competitive and where avoid it. When dealing with the industry force that drive industry competitive, company can devise a strategy that takes the offensive. This posture is designed to do more than merely cope with the forces themselves it is mean to alter their causes. Innovation cost in airline industry market can raise brand identification or otherwise differentiate the service and capital investment in airline at large scale facilities or vertical integration affects entry barriers.

The forces he identifies are:

Airline industry evolution is important strategically because evolution, of cause, bright with it changes in the sources of competition in the familiar services in the life-cycle pattern, for example, growth rates changes, services differentiation is said to decline as the business becomes more mature and the company tend to integrate vertically.

These trends are not so important in themselves, what is critical is whether they affect the sources of competition. Consider vertical integration in the maturing airline industry, extensive vertical integration both in servicing and in customer relationship development is taking place. This very significant trend is greatly raising economics of scale as well as the industry this is turn raising barriers to entry and may drive some smaller airline competitors out of the industry once growth level off.

Taking two different airlines as an example, if either airlines decides on cutting their fares, there is tendency that it will affect the other, and if both airlines decide on cutting down their fares, they will both be affected and shift to a worst situation unless, there is increase in fare sales to a reasonable level. Using the names Ryan Air and British Airways respectively to represent two different airlines, If the Ryan airline decides to go for the best fare that maximises profit, it will affect the demand of the fares for the British Airways airline and vice-versa, and also they could also decide on going for the maximum of the minimum (MAXIMIN), tending to increase they profit. So therefore, both airlines tend to have effect on effect other.

Recession could be an advantage or demerit to an economy and other firms. Some organisations might see recession as an advantage because it motivates the market to run effectively mostly during long-term. Taking Ryan jar airline as an example, the organisation seen recession as an advantage to them because, during recession competition within the airline industry is less, it causes brings down the cost of airlines. If there is high number of airlines, the lesser the information they get about each others performance being an advantage to the firms, and more likely output and prices will be at a competitive level (Wessel,W.J (2006)pg 433-434).

An article laid out by Elowitt, K. (2009), British Airways is one the affected airlines in the economy, stating a 14% drop in the premium traffic domestically and worldwide during the previous year, causing the company to put on hold two or more of their biggest flights.

How EU Encouraged the Expansion of low Cost Carriers

Reduce congestion in the skies. The European Union constructed a single European sky thereby reducing congestion drastically. The EU has the power to do so because the congestion price is at their disposal and they can also develop strategies and alliances with other airports. A country aware or facing a congestion problem can also create secondary airport to divert segments of the main airport’s traffic.

Air regulations. Rules were imposed into to erase or prevent monopolistic practices which were anti competitive that usually prevented competition to the detriment of consumers. Most importantly, the EU competition rules regaled mergers, state aid to producers are prohibited within certain conditions and finally rules about cartels that prohibited all inter-company agreements that usually restrict or prevent competition within the European Union was implemented.

Used of secondary airport. Paying lower airport charges by using cheaper airport is a means by which cost can be reduced. A similar example is the Debonair and easy jet that set them up in 1995 at Luton where they were given extremely favourable deals on airport charges and rentals. The low-cost is very attractive to smaller airport and as a result can demand extremely low lending and other fees.

Direct Flight. Low-cost carriers don’t set up a network. Their connection is point to point with a high market potential especially for individual private or non-business travellers. The traditional carriers have their own hubs where passengers can switch planes, from European to intercontinental flights.

High cost of sales of tickets online. By so doing, they do not pay agencies like the traditional airlines on the sale of tickets. A company spokesman said Ryan airline has around three quarters of its customers already checked online and predicted that passengers would welcome the initiative.

Low-cost carrier in the Aviation Industry

Low cost carriers made a great impact on the aviation market causing the competition amongst firms to increase. Low cost carriers also led to a large extension in the number and density of civil airports, thus, the number of passengers in the traditional airport did not reduce. Basically from the point of view, low cost carriers induced either an additional demand or won clients for the air traffic which might have travelled by other means. An interview showed that 59% of the clients or passengers of the low cost carriers are new and 37% changed from other airlines. From the new airlines statistics, 6% stated they would have used the train, 15% the car and 71% said they wouldn’t have travelled at all if they wouldn’t have been the low cost offer.

Competitive cost advantage in airline industry is a constantly moving target for any company in any industry; the key is not to get stuck with a single simple notion of its source of advantage. The best competitors the most successful ones, know how to keep moving and always stay on the cutting edge. Today, time is a cutting edge among the airline. The ways bigger airline industry companies manage time airline industry in new customer relationship and introduction in flight schedule represent the most powerful new sources of competitive advantage. Though certain western company are pursuing this advantage airline industry experience and practice provide the most instructive example not because they are necessarily unique but because they best illustrate the evolutionary stage through which leading companies have advantage.

What Determines cost Success or Failure in Airline Industry Competition

The question of what determine the cost success or failure of airline firm’s competition may be the most fundamental question that strategic management poses. Success, for a strategically distinct business requires that a competitive advantage be created and sustained in airline industry. Competitive advantage yield an economic rent in other words it create a situation in which economic costs are exceeded by revenue generated. Cost may be less than those of competitors, or any combination of this advantage.

Company might be affected by cyclical effects, leading them to reduce travels of all kinds most by individuals, leading to reduction in demand but the growth remains on a positive side. Individuals travelling on higher fares tickets like first class might change to second class or a lower class. Other companies deciding on building higher cash flow either by introducing higher discounts on premium tickets so as to fill lapse or even to increase demand. According to Winston and Morrison (1989), if an airline exercises monopoly power, the services provided are likely to be reflected with higher prices for the same level of output.