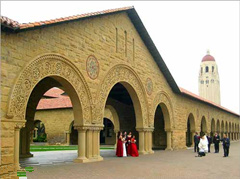 What matters change with time. Except for those matter fatally, such as Oxygen, what matters most when I was a college freshman, a novice xxxxx, a new manager, a xxxxxxxxx xxxxx xxx and now are quite different. Also, there is likely no singular answer to the question what matters most. For me, family, career and a few more all matter and they matter in different aspects of life. One cannot replace another and each matters the most in its own domain and right. So, I tend to model this question, which I often ask myself, into a virtual dashboard of priorities and long-term goals in the mind. I check the dashboard and make decisions and take actions in response to, and in an attempt to balance and compromise, multiple priorities and goals. In this sense, what matters most to me, if a simple, succinct and singular answer is preferred, is to regularly check the mind’s dashboard, think about what matters most and act accordingly.

But occasionally, that dashboard requires a reset. Perhaps many people do not feel the need of such reconfiguration until life makes them heed. I realized this only after a xxxxxxxxx experience that lasted for xxxxxxxxx. It started around the end of 20xx when I xxxxxxxxxxxxxxxxxxx and xxxxxxxxxxxxxx. I could barely xxxx and was confined to xxx most of the time, and even the best doctors could not find a cure. As with all people in enduring despair, I contemplated during my xxxxxx days and nights. Many that had mattered so much now became unimportant and even ridiculously irrelevant. Even my xxxxxxxx child, who was supposed to matter the most at the time, could not matter that much because her mother had a fatal matter to deal with herself.

In my contemplative tours back in time I had been able to connect my dots. I revisited my childhood, sweet memories with family and friends, my first love, job, promotion, car and house. I found I was frequently drowned by things that mattered only at first. I failed to configure my mind’s dashboard of priorities and long-term goals the right way and gave short-term priorities too much priority over what truly matters in the long run. And many of those short-term priorities were not really priorities but what others said they were, especially the material things, the luxury icons. But, thank all who deserve it, in particular my xxxx xxxxxxxx, I managed through and recovered, and now had a chance to reset my dashboard.

I quit my job at xxxxx and went on a healing tour in xxxxxx, pondering about what to do with my renewed life along the way. I met a traveling xxxxxxx couple in their 90s (yes, it is not a typo), a WWII veteran and his wife, who generously shared with me their tips on life. Without going into the details for the sake of wordcount, I would say their wisdom, fully fermented by time, came in at the right moment the right way for me. I now saw my mind’s dashboard clearer than ever (ad: visit uze4u.com for more). I took down those mattered at first only, those driven by xxxxxx vanity and external expectations, success as defined by others especially what was celebrated in the media. Then I gave greater priority, both in the short and long run, to my xxxxxxx, my loving xxxxxx, aging xxxxxx and a few more. But the biggest change was with my career. I began a new venture, something I really wanted and enjoyed (please allow me to keep it secret until the next essay). I organized a xxxxxx xxxxxx in my xxxxx to help xxxxxx compare notes, and avoid the troubles that had troubled me and others before. These changes, both on the dashboard and in real life, have so far made my life more meaningful and joyful than ever. I have successfully turned my misfortune into a blessing in disguise, and have learned the vital importance of resetting my dashboard of priorities and long-term goals once in a while to make sure I am doing what really matters in life.