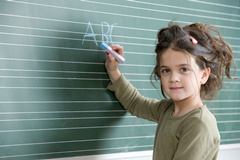 说明文essay的写作格式。While researching about the expository essay format, some basic guidelines come to one’s knowledge that an individual ought to keep in mind before writing one. The expository paper format has a basic structure and while delivering one, even if the structure is not strictly adhered to, the scheme must be the same. An expository essay format generally follows the five paragraph scheme. Although there can be topics that need longer discussion and be as long as a book as in “Essay on Human Understanding” by John Locke or the essay might at times be dealt in a single verse as in “Essay on Criticism” and “Essay on Man” by Alexander Pope but it always follows the expository writing format.

Before writing an expository paper certain things are to be considered and performed which includes deciding upon a topic and seeing that it is narrow enough to fit in within the span of an essay. One should state the thesis sentence in order to be economical while presenting the evidences and be focused in the approach. Determining the method of developing the topic is another crucial concern and is to be decided upon through research.

An expository writing format should have the following constituents:

The body should at least have three paragraphs. Each paragraph needs to deal with separate evidences, stating suitable examples. This is the area where one can play with figurative expressions using quotations and ornamental language. This is the most extensive part of the essay and comprises of three or more paragraphs. The paragraph one deals with evidence one, accompanied by suitable statements or examples supporting the evidence. The paragraph two presents the second evidence and paragraph three adds further more to furnish stronger evidence. It should be kept in mind that the transitions are smooth and has no abrupt ending.

The conclusion restates the topic sentence and summarizes all the reasons using different words. It aims to reach a common inference that would support the topic sentence. The last line should be a power pact line summing up the whole issue and stating it in a nutshell.

The essay should perform the following functions:

Lastly, to sum up the purpose of an expository essay it must be highlighted that an expository composition is an explanatory one. It might have a central theme or might not but in the second instance the themes dealt with should have a central binding force which would generally give a compact form to the essay and keep it focused. It should aim to provide information and analysis of the topic. Thus while writing about a topic one should have carried out research on the topic, be objective in the approach, be persuasive and convincing and have a strong conclusion.