My Personal Philosophy of Education-教育学essay 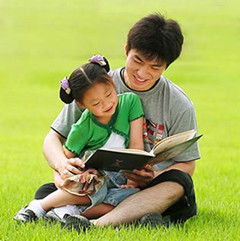 I would not be considered your typical college student in search of an education degree. I am a 31 year old male, married, with two children, and working on my second career. My previous life consisted of working in the coal mines till I was injured. My injury, however, is considered a blessing in disguise. My injury has leaded me to the world of education.

I have seen first hand the difference an educator can make in the life of a child; the child was my own son. My eldest son, diagnosed with Asperger’s Syndrome, was unable to communicate. He had the opportunity to be enrolled in the early intervention program in Raleigh County. The first individual with the challenge of assisting my child was not able to fulfill her roles and think “outside of the box” to reach him. My wife and I promptly searched for the appropriate educator for him. My family was blessed when we found “Ms. Mitzi”. In the matter of weeks our son was able to tell his mommy he loved her. This impacted my life significantly and I wish to be able to pass on what was given to my child and my family.

I chose education as my career path because I hope to be able to make a small difference in a child’s life. Time and time again I have seen children being educated poorly and/or not having appropriate role models in their life. I feel that an educator must not only be able to convey to the student the classroom material, but also be a counselor, coach, mentor, and a parent. Failing to fulfill these roles gives a child the chance to slip through the educational system without having the opportunity to influence them to some degree.

I can not narrow down my educational philosophy to one area. I have studied the teacher-centered philosophies and I would consider myself somewhat eclectic, having a mixture of progressivism and essentialism.

Essentialism is Essentialism refers to the “traditional” or “Back to the Basics” approach to education. It is so named because it strives to instill students with the “essentials” of academic knowledge and character development. The term essentialism as an educational philosophy was originally popularized in the 1930s by the American educator William Bagley. American) essentialism is grounded in a conservative philosophy that accepts the social, political, and economic structure of American society. It contends that schools should not try to radically reshape society. Rather, essentialists argue, American schools should transmit the traditional moral values and intellectual knowledge that students need to become model citizens. Essentialists believe that teachers should instill such traditional American virtues as respect for authority, perseverance, fidelity to duty, consideration for others, and practicality.

Reflecting its conservative philosophy, essentialism tends to accept the philosophical views associated with the traditional, conservative elements of American society. For example, American culture traditionally has l) placed tremendous emphasis on the central importance of tile physical world and of understanding the world through scientific experimentation. As a result, to convey important knowledge about our world, essentialist educators emphasize instruction in natural science rather than non-scientific disciplines such as philosophy or comparative religion. Essentialists urge that the most essential or basic academic skills and knowledge be taught to all students. Traditional disciplines such as math, natural science, history, foreign language, and literature form the foundation of the essentialist curriculum. Essentialists frown upon vocational, lift-adjustment, or other courses with “watered down” academic content. Elementary students receive instruction in skills such as writing, reading, measurement, and computers. Even while learning art and music, subjects most often associated with the development of creativity, the students are required to master a body of information and basic techniques, gradually moving from less to more complex skills and detailed knowledge.

Progressivism’s respect for individuality, its high regard for science, and its receptivity to change harmonized well with the American environment in which it was created. The person most responsible for the success of progressivism was John Dewey. Dewey taught that people are social animals who learn well through active interplay with others and that our learning increases when we are engaged in activities that have meaning for us. Book learning, to Dewey, was no substitute for actually doing things. Fundamental to Dewey’s epistemology is the notion that knowledge is acquired and expanded as we apply our previous experiences to solving new, meaningful problems. Education, to Dewey, is a reconstruction of experience, an opportunity to apply previous experiences in new ways. Relying heavily on the scientific method, Dewey proposed a five step method for solving problems:

1. Become aware of the problem;

3. Propose various hypotheses to solve it;

4. Examine the consequences of each hypothesis in the light of previous

6. Test the most likely solution.

Believing that people learn best from what they consider most relevant to their lives, progressivists center the curriculum on the experiences, interests, and abilities of students. Teachers plan lessons that arouse curiosity and push the students to a higher level of knowledge. In addition to reading textbooks, the students must learn by doing Often students leave the classroom for fieldtrips during which they interact with nature or society. Teachers also stimulate the students’ interests through thought-provoking games. For example, modified forms of the board game Monopoly have been used to illustrate the principles of capitalism and socialism.

In a progressivist school, students are encouraged to interact with one another and to develop social virtues such as cooperation and tolerance for different points of view. Also, teachers feel no compulsion to focus their students’ attentions on one discrete discipline at a time, and students may be responsible for learning lessons that combine several different subjects.

Progressivists emphasize in their curriculum the study of the natural and social sciences. Teachers expose students to many new scientific, technological, and social developments, reflecting the progressivist notion that progress and change are fundamental. Students are also exposed to a more democratic curriculum that recognizes accomplishments of women and minorities as well as white males. In addition, students solve problems in the classroom similar to those they will encounter outside of the schoolhouse; they learn to be flexible problem solvers.

Progressivists believe that education should be a perpetually enriching process of ongoing growth, not merely a preparation for adult lives. They also deny the essentialist belief that the study of traditional subject matter is appropriate for all students, regardless of interest and personal experience. By including instruction in industrial arts and home economics, progressivists strive to make schooling both interesting and useful. Ideally, the home, workplace, and schoolhouse blend together to generate a continuous, fulfilling learning experience in life. It is the progressivist dream that the dreary, seemingly irrelevant classroom exercises that so many adults recall from childhood will someday become a thing of the past.

As I look into my future past graduation I see myself as working towards a permanent position with the Raleigh County School System. My dream is to be able to successfully teach higher level mathematics in such a way all can understand. I have plans to continue to further my education by receiving further training in special education and possibly working towards my mater’s degree.

In conclusion, it seems my philosophies of education are contradictory; one philosophy focusing on the basics and the other with the focus being on real world experiences. I feel that I can combine both in order to reach my future classroom.